At the end of the previous century I was one of the leading SSTV DX’ers in the world. I also inspired a lot of other HAMs to start with SSTV via the computer.

Have been trying all kinds of software, first in DOS (JVFAX, GSHPC) later under Windows and on the soundcard (MSCAN, ROYSSTV, WINSSTV etc). The most accurate was and still is MSCAN.

Earned most of the major DX awards in SSTV mode. Unfortunatly ARRL does not give a seperate award for SSTV DXCC … I have 199 DXCC worked in all 40 CQ zones, all USA states …

It all started back in 1995 … having a 386 and the JVFax software running with a simple homemade interface. The first station I ever worked was IT9MRW. This was my first CQ picture : 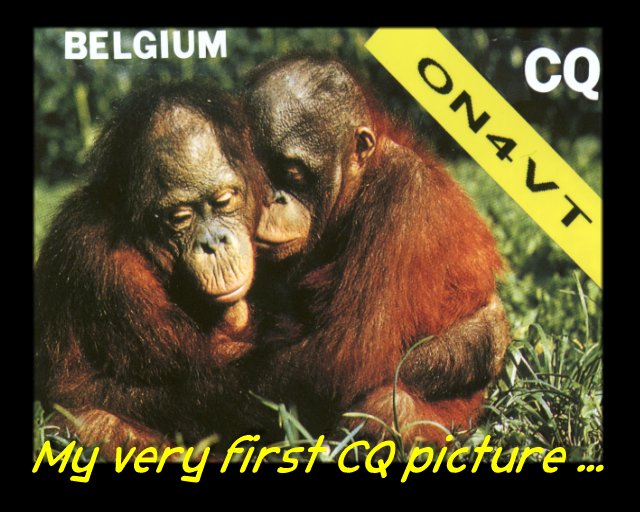 In 1995 flatbed scanners were highly expensive, photo software hardly available. So I put my callsign and other info on the picture with a labeling machine and than went to the PC-shop to scan it.

Soon I changed the software to GSHPC, with seperated RX and TX screen. Making it a lot more comfortable to prepare pictures for TX.

Santa Claus brought me a brandnew Pentium 1 PC with Windows 95. That was the start of the soundcard software. W95SSTV was the first one to test. Also the first photo software was installed and a flatbed scanner as bonus … made it easy for me to prepare good pictures to transmit !

Making original and attractive TX pictures and my graphic skills were a part of the way to succes. Take a look at my creations (1995-2002) (click on the picture): 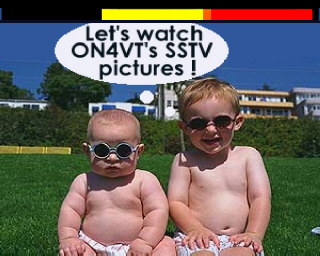 Not many stations were on in those early days … lots of them still using old equipment … most of  the East-European stations did not have a decent PC . Still lots of B/W pictures were transmitted.

I started up a news bulletin about SSTV DX. Here is still an example of it : PICTURE DX BULLETIN . SSTV DX became more and more hot. I convinced some DXpeditioners to try SSTV … one of the first ones was friend ON6TT Peter … he transmitted the very first ever SSTV pictures from 9Q and 5X … 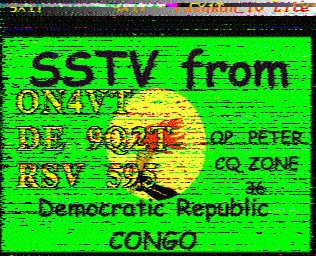 Don’t know how many ‘firsts’ I worked but must be a lot … SSTV DX was really big fun ! Take a look at a bunch of received SSTV DX pictures (click on the picture) :

With the bands in good shape I worked also a lot of USA stations, the big challenge to work WAS in SSTV mode was born … and I made it ! 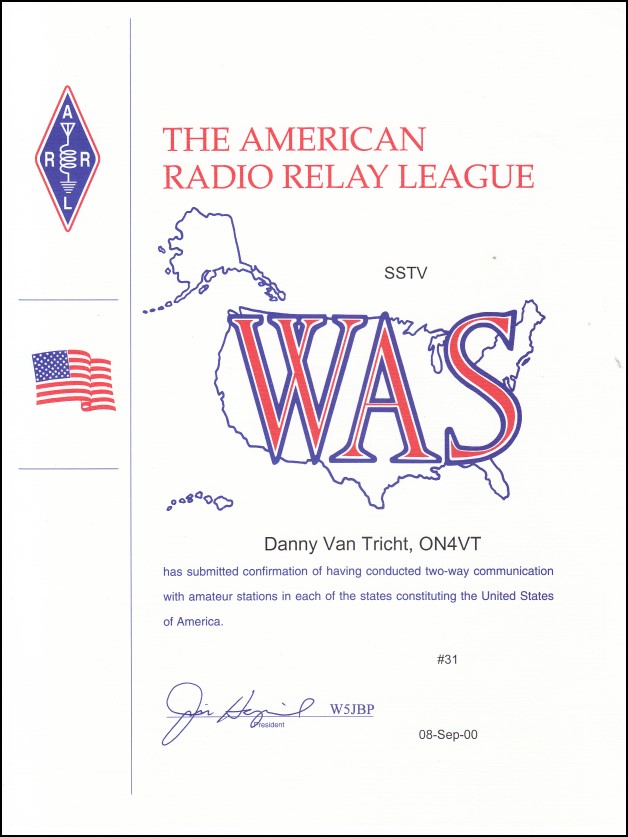 Another challenge was the CQ WAZ award in SSTV mode …. proud to have award number #001 !

More and more software was available, more and more stations active. Another milestone : together with some local friends I started up also the ON4VRB SSTV repeater, working crossband 2m/10m. The first Belgian SSTV repeater ever ! 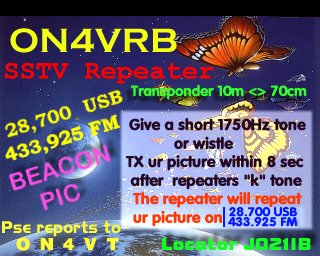 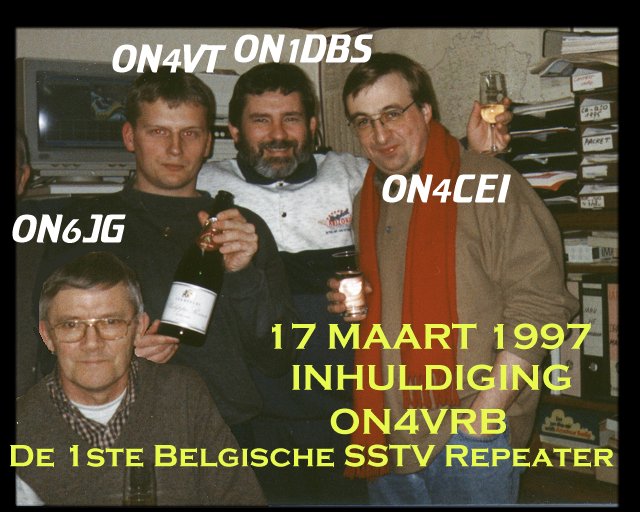